Magical Display of the Arts

Began in the early 1990s, the arts group at Pema Osel Ling was created by the late Dzogchen master Lama Tharchin Rinpoche.  A Tibetan Ritual Arts master himself, Lama Tharchin Rinpoche immediately focused his energy on creating some of the most amazing sacred art projects at his newly-opened center.  While working with and teaching a group of students, many of whom were accomplished artists in their own right , he was able to create an incredible collection of monumental works.  These include a 29-foot statue of Guru Rinpoche, 13 stupas-- the tallest of which is 30 feet, 4 immaculately ornate snow lion thrones, and a 6-foot square sand mandala that serves as the base of the Gompa’s shrine.  He also established a yearly authentic performance of over 20 ancient sacred lama dances.  In addition to teaching students the meaning, content, and choreography of the dances, Lama Tharchin worked with his artists to create elaborate costumes and dance masks whose designs accord with the instructions from his teachers. It was in the late 90’s that Lama Tharchin Rinpoche collected all these ongoing sacred art projects under the umbrella of  "The Magical Display of the Arts."

“Tibetan sacred art is the symbolic expression of the teachings and practice of Buddhism.  The symbolic quality of outer form can help to reveal the inner enlightened quality of our minds.  Just being in their presence can heal mental and emotional suffering and bring lasting peace.”

The sacred artworks on display at Pema Osel Ling and those available through Dharma Treasures are a living artistic representation of the deities found in Vajrayana Buddhist practices. We call it living art because the master (teacher) to student (apprentice) lineage remains unbroken since the 8th century. The artistic forms are the outer most representations of deeper meditation, and its intended insights.

The Magical Display of the Arts has for many years made available the beautifully designed Treasure Vases for individual practitioners to have on their shrines, to give as gifts, or to bury either in the ground or in bodies of water.  Now, for the first time, they are producing a few carefully selected items from the overall collection to make available to you. 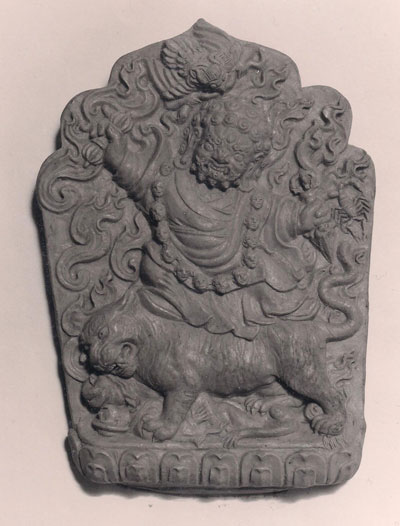 All of the tsa tsas produced by The Magical Display of the Arts are connected to the larger works of art that have been produced at Pema Osel Ling. For example, the Dorje Drolod tsa tsas were originally made to fill the Namdrol Pemay Gatsal Stupa. There are over 100,000 of these precious tsa tsas in the stupa. The white Vajrrasattva tsa tsas were also created to fill stupas.  These can be found in the Kudung stupas of H.H. Dudjom Rinpoche, H.H. Dungse Thinley Norbu Rinpoche, and Lama Tharchin Rinpoche. 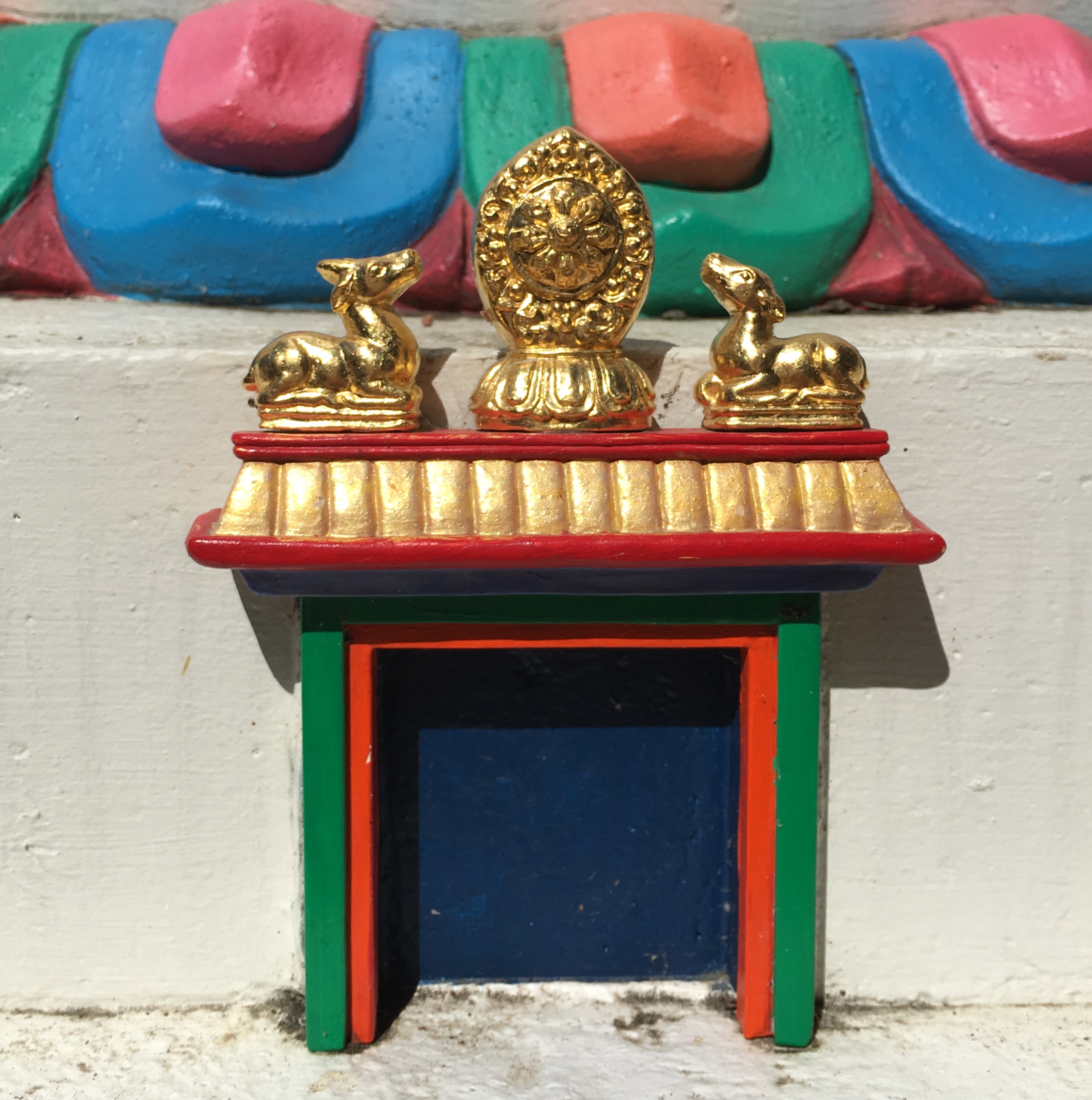 The Dorje Drollo tsa tsa was based on one created for the Dorje Drollo stupa built by H.H. Dudjom Rinpoche in Orisa. Lama Tharchin Rinpoche, while working with Elea Mideke, brought out the details of this tsa tsa to create the one we have today, thus creating a direct connection to the Stupa in Orisa.

For all of the tsa tsas, molds were not made to begin the manufacturing process until the original was given final approval by Lama Tharchin Rinpoche. The tsa tsas are then hand-cast using a gypsum cement material, and sacred substances are added to the casting material. Once dry, they are de-molded and after some touch-ups of each tsa tsa, they are painted. The final step is the application of the appropriate mantra and blessing by the lamas of Pema Osel Ling.

As prophesied by the Buddha Padmasambhava, a Treasure Vase is an ancient remedy which can restore vitality and balance to the essence of the elements (earth, air, fire, water, and space) that have been depleted by the pollutants and poisons in the environment.

It has the power to magnetize wealth and abundance, improve health, remove obstacles to long life, pacify anger and warfare, and increase wisdom and compassion for all. Traditionally, a Treasure Vase is kept in one's home or buried at a chosen site.

Kept in one's home, it should be placed in a high place and handled as a valuable treasure as it is filled with sacred substances, relics, medicines, and precious jewels.

Please visit our Treasure Vase site, Treasure of Abundance at https://treasureofabundance.com/ for info or to purchase a vase today!

Seed Syllables: The heart sound of the divine

We have a series of seed syllables created by the late meditation master and artist Lama Tharchin Rinpoche. Seed syllables are supports for traditional meditation visualization practices of Buddhism. The syllables are the pure essence of sound-- the sound of the wisdom heart of the deity.

They add a simple and elegant touch to any room.

Golden OM on white silk: The sound at the crown chakra.

Golden AH on red silk: The sound at the throat chakra.

Golden HUNG on blue silk: The sound at the heart chakra.